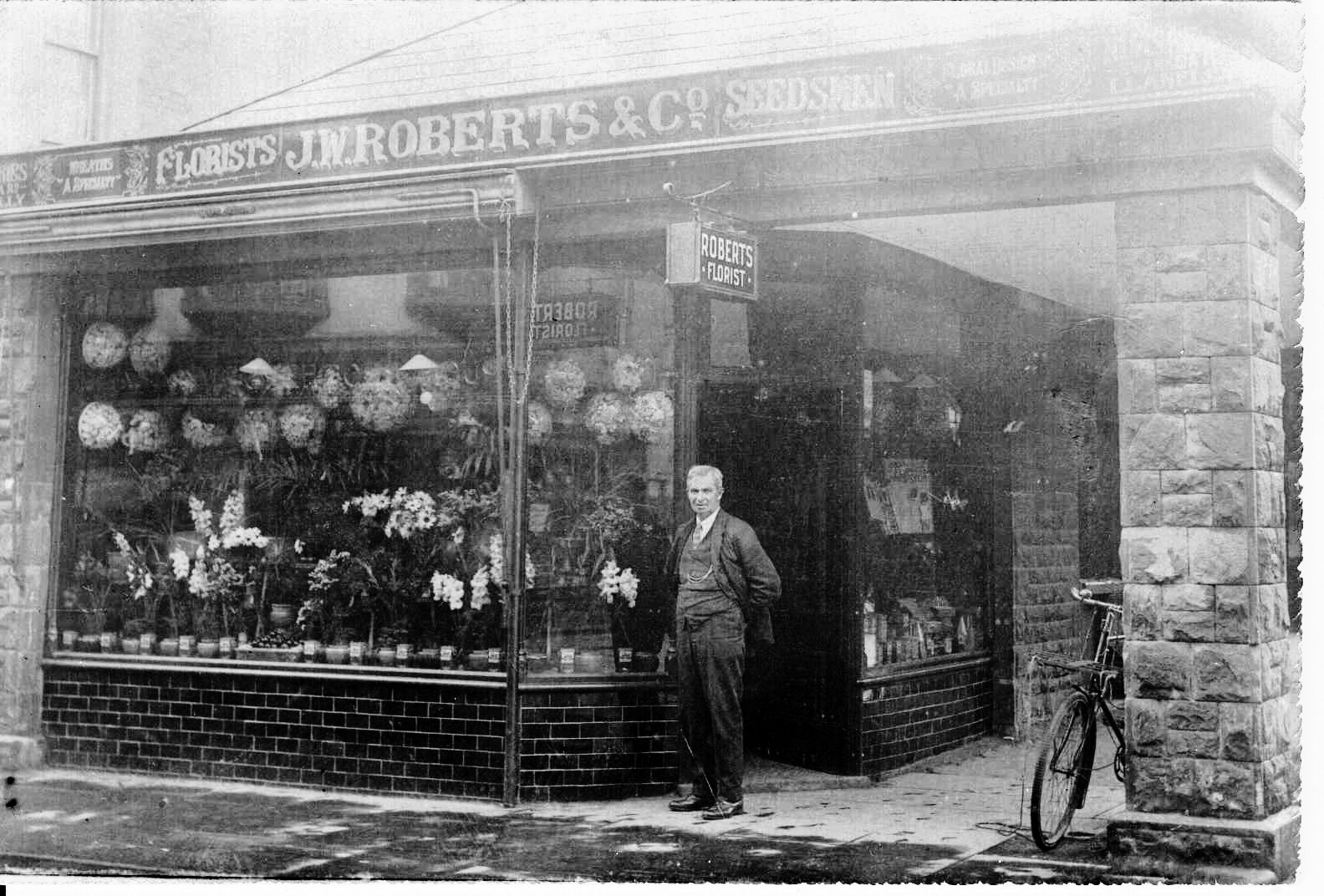 A market garden kept the Roberts family afloat in 1875 when financial problems forced the Llanelly Pottery to close for two years.  Some Staffordshire potters left Llanelli but Thomas Roberts (1833-1904) made a living selling produce.  His wife Jane (1834-1874) had died in Burslem a year earlier at the age of forty leaving him with six children and a six month old baby and the family had only recently moved back to Llanelli.

Thomas’ father in law John Wells (1787-1850) worked as a gardener, probably for George III’s sergeant surgeon  Sir David Dundas at Wauncrychydd Farm or Ael y Bryn, now the Diplomat Hotel (the death of John Wells’ newborn son John in 1813 is recorded in the Llanelli Parish register as “at Dundas’s”).  David Dundas’ son William was high sheriff of Carmarthenshire in 1829.

John Wells senior came from a notorious slum at Westminster in London know as the Devil’s Acre where his mother (according to witness evidence to an Old Bailey trial in 1789) ‘sold greens about the streets in a cart’.  After John Wells’ death in 1850 his widow Margaret took in English lodgers including Thomas who married her youngest daughter Jane (1834-1874) and David Guest (1825-1892) who married her daughter Anne (1824-1878). 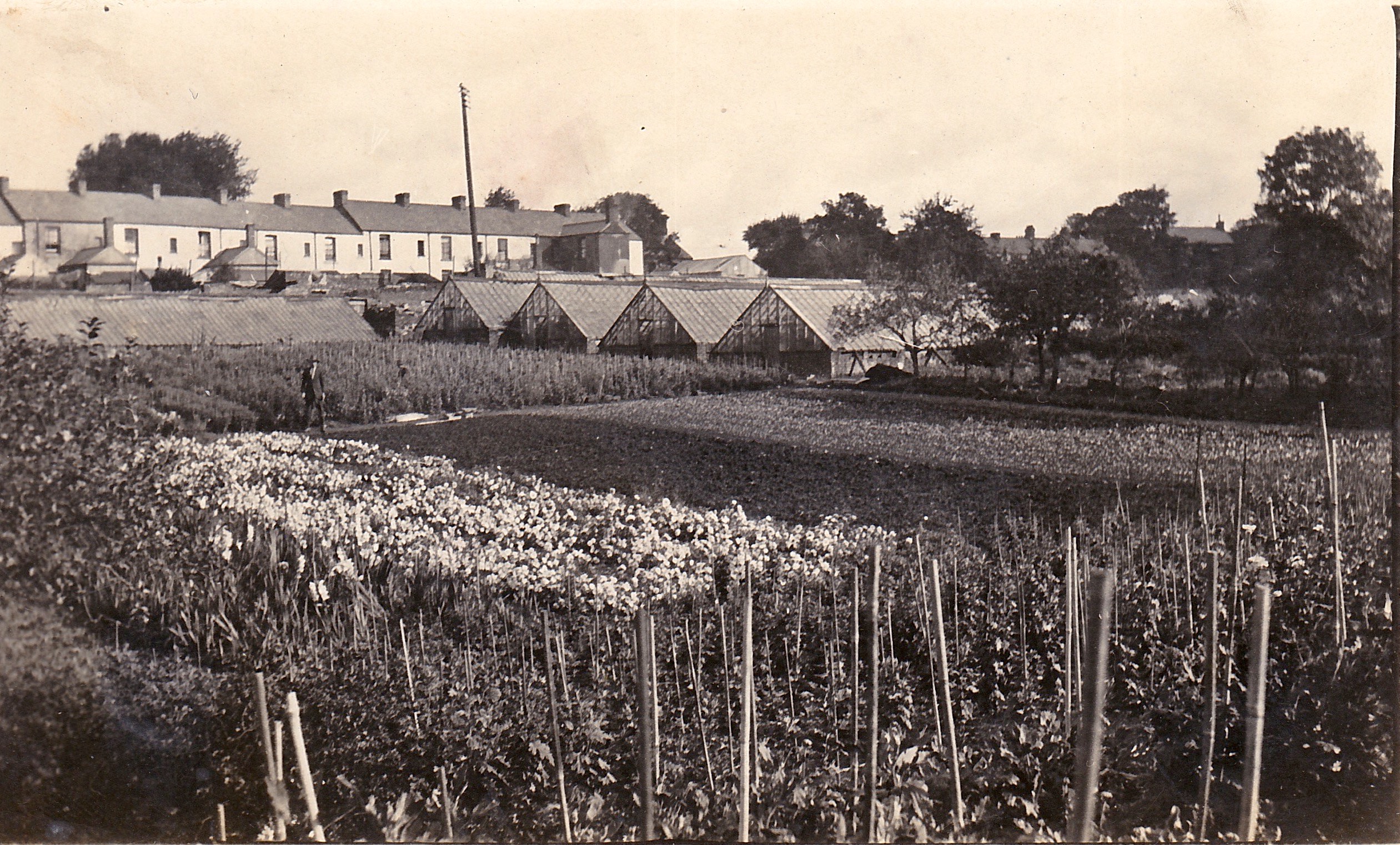 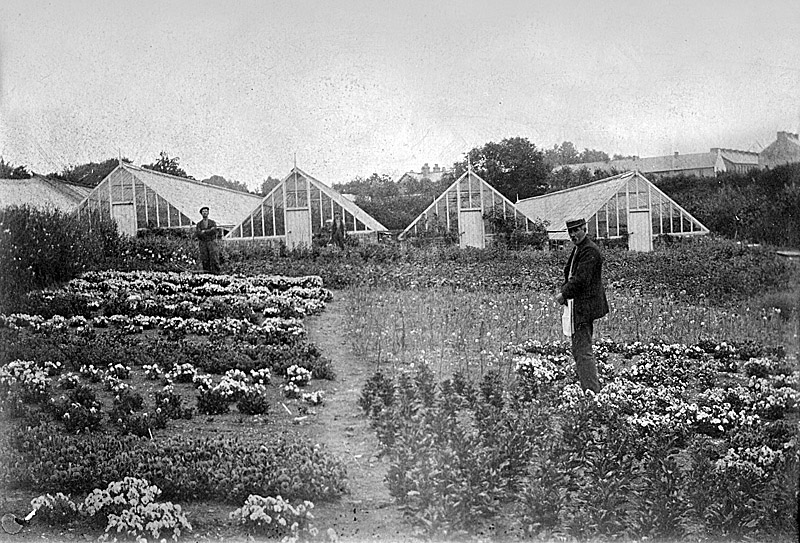 Thomas and Jane Roberts’ son John Wells Roberts (1862-1932) intitially followed his sisters into the Pottery as a painter when it re-opened after a two year closure in 1877 but later he persuaded his father to let him run the garden as a business.  When the new market opened in Llanelli in 1884 he rented a shop at the Cowell Street entrance which was run by the family for more than 75 years, later by his surviving sons Frank (1904-1960) and Jack (1901-1955). 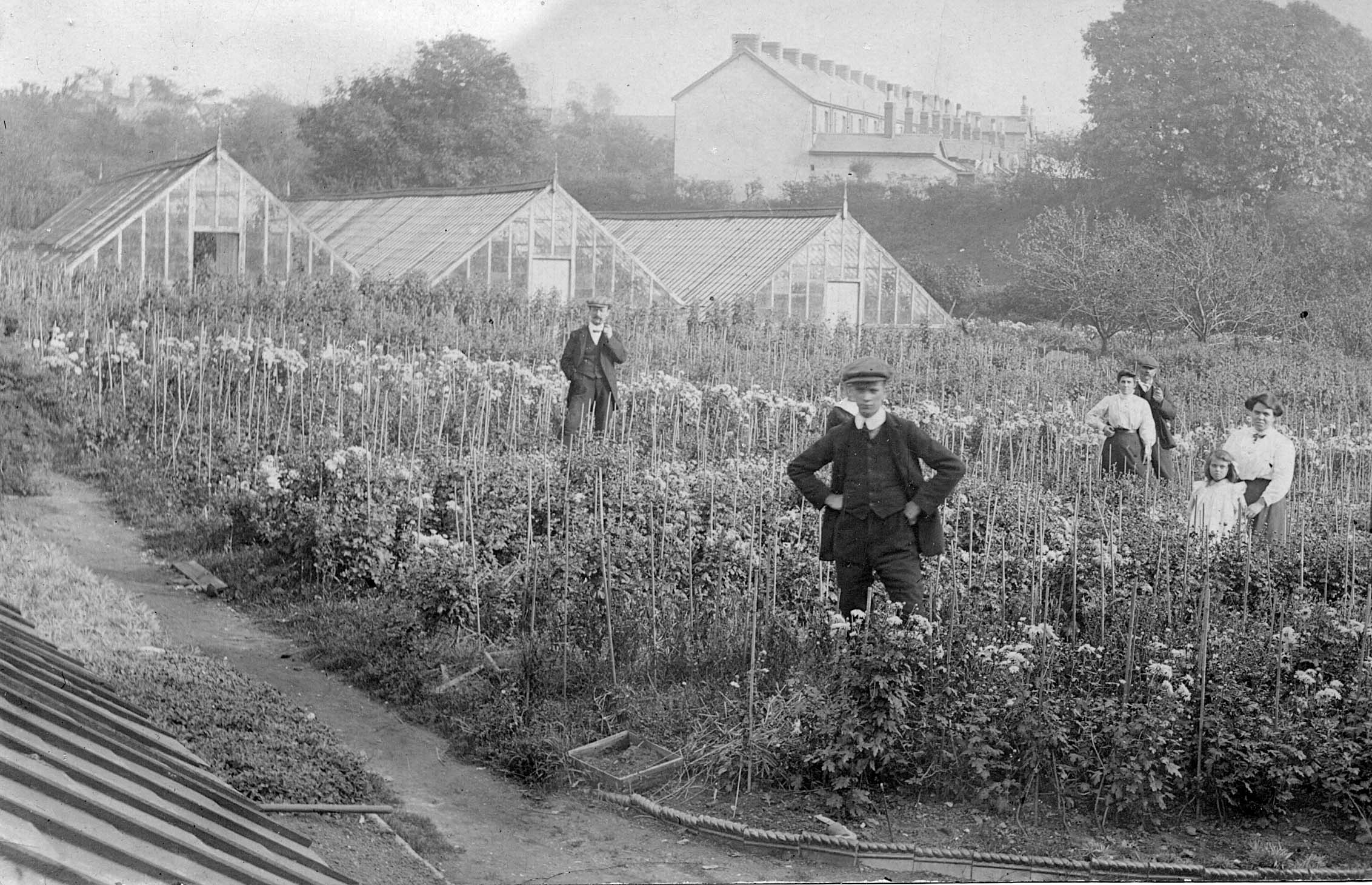 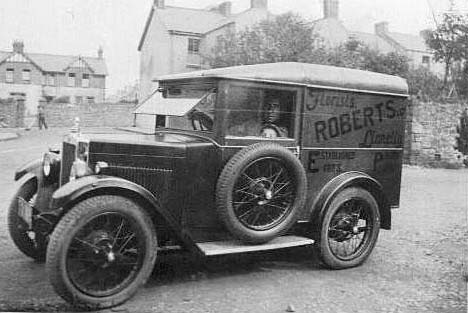 J.W. Roberts and Co sold flowers, fruit and vegetables. Some was sent down by train from Covent Garden market in London but much of it was grown at Swansea Road Nurseries, a piece of land first rented from the Stepney Estate in October 1888.  According to my mother, they grew the best tomatoes in town. Fruit from each plant would be tasted and piece of rag tied round the best which would be saved for seed. At busy times all female members of the family were pressed into service making wreaths, bouquets and buttonholes.  My mother said that her father and Jack’s wife Winnie were the most talented florists.

The freehold of the nurseries was not bought until the 1950s by which time the Roberts family had two houses and greenhouses on the land.  Tom Roberts bought two neighbouring houses at the end of Bryntirion Terrace for his daughters Elizabeth (1868-1940) and Emma (1874-1944). His daughter Sarah Jane (1859-1935), the cockerel plate paintress, worked in the business after the Llanelly Pottery closed, as did his granddaughter Annie Gwendoline Hawkins (1905-1988) and his son in law Jack Thomas (1848-1935).

The shop and the nurseries closed after the death of Jack in 1955 and Frank in 1960.   By that time Jack’s widow Winnie was living in the larger house with her mother in law Caroline.  My grandmother was living in the adjoining house: my parents, my brother and I moved in with her after my grandfather’s death.   Most of the land was sold to the council and the houses were demolished in the 1980s for the construction of the new A484 road from Llanelli to Swansea.

A few yellowing pages remain of the bible in which the Wells and Roberts families recorded births and deaths in Llanelli.

John and Margaret’s son Edward Wells (1829-1882) was just over three feet tall.  According to my father, he kept a close eye on gas pipes being laid in Llanelli and became such an expert on their location he was known as “Willy bach gas”.

According to a newspaper of the time, as a child caution had to be exercised on his behalf “lest some enterprising itinerant showman kidnapped him”. He’s buried in Adulam Cemetery in Felinfoel.

Thomas Roberts (1833-1904) enjoyed playing whist at the Liberal Club. One evening Mr Roberts arrived to be greeted by the unctuous steward who asked whether he would like to make up a table with some elderly women who were waiting for a fourth.  “Whose playing?” he said.  The steward named names, and he famously said in his broad Staffordshire accent: “What them?  I’d rather have me arse rubbed with a brick”